A prime contractor of large, multiannual projects in the defence sector, with experts, within its ranks, from the armed forces, CS GROUP has drawn on over thirty years of experience with army staff and field units, as well as the French Defence Procurement Agency.

Several major defence systems are based on the rollout of the Crimson software solution, which offers a significant added value along with groundbreaking capabilities such as its unprecedented User eXperience, which is essential given the staff turnover within the various joint warfare services;  its seamless interoperation with legacy and third-party heterogeneous information systems; not to mention the ability to easily acquire the sofware via the French purchasing platform Ouranos. 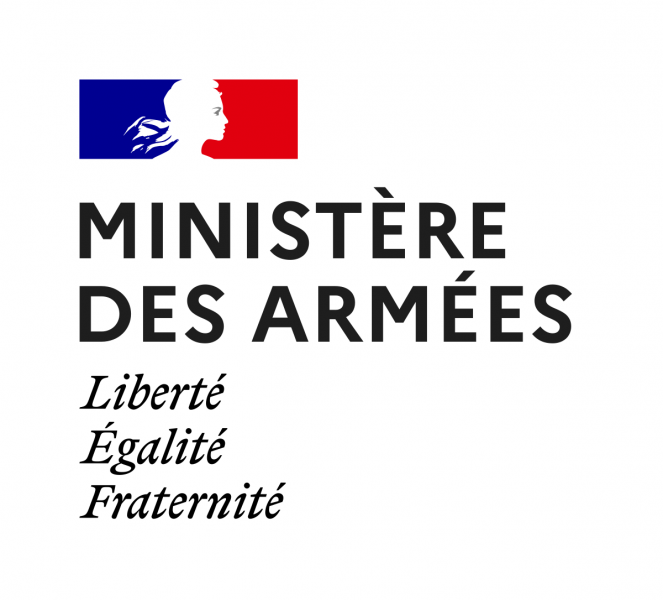 Back in 2019, Crimson Sentinel won the "ProDef" award for the design of innovative protection/defence tools, as initiated by the Defence Innovation Agency (DIA) of the ministry of the Armed Forces. As a result, the solution was chosen as the Minimum Viable Product (MVP) for the prospective Integrated System of Site Protection (SIPS), and rolled out on 2 French military bases.

The Mont-de-Marsan Air Force base was the first pilot site for area surveillance. Crimson offers the various command posts a Common Operational Picture (COP) to coordinate actions and monitor operations. Furthermore, with the deployment of a tactical and secure LTE communications infrastructure, the operational staff was able to take advantage of the Crimson mobile application in push-to-talk mode, using cellular geolocation features. 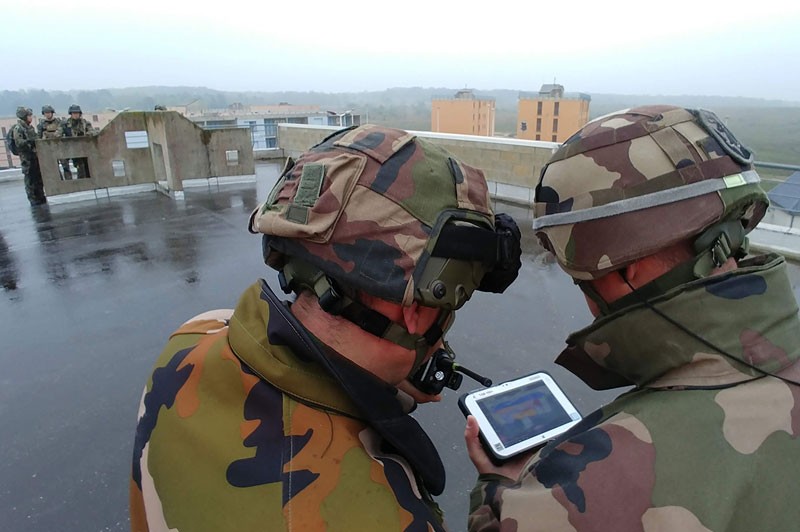 For this projet, CS Group has supplied the control centre. Based on Crimson, it integrates and renders all sensor data in real time to centralise the conduct of the training and facilitate after-action review. The sensors include some 1,000 loudspeakers, 250 cameras and 700 générateurs smoke generators triggering sound and visual effects, as well as location sensors and cameras to visualise the progress of the combatants, both in and out of the city infrastructures.

Strategic games at the Centre for Doctrine and Command Education (CDEC) 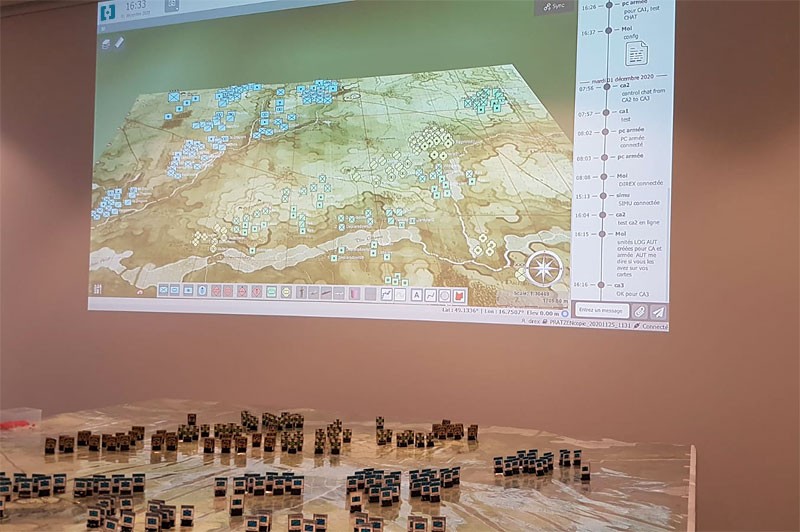 Placed under the authority of the Army Major-General, the CDEC delivers higher military instruction, as well as command courses at the four centers of higher learning under its authority, including the French Command and General Staff College (CGSC).

The Crimson Sandbox solution was selected and used, for the first time, in a strategic training exercise conducted by the French CGSC under the auspices of the CDEC. The plateform allowed for a seamless rendering of the pawn moves onto a 3D, online mapping support, the comparison of strategies between players and shared situational awareness at various levels of command. The participants have familiarised themselves with the solution rapidly, and taken advantage of its replay capabilities, an added bonus from a teaching perspective. 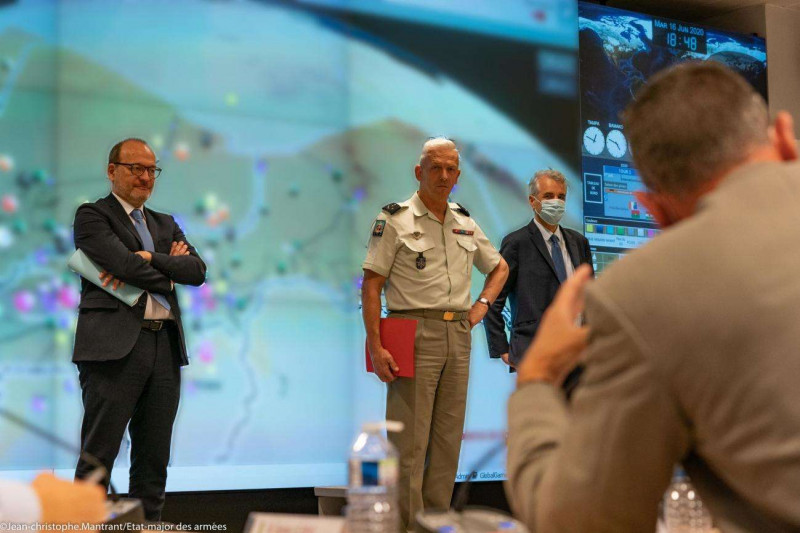 As the strategic and operational hub within the French Armed Forces, the CPCO organises every year brainstorming workshops, in the shape of strategic games simulating conflict situations. The attendees include the ministry for Europe and Foreign Affairs, several poles of the French Armed Forces, and sometimes international civil organisations too.

To promote these strategic workshops' drive for innovation and digitisation, which have been played out as board games up until now, the Innovation Defence Lab has selected Crimson Sandbox. The solution has been adapted to its planning purpose and to ensure an optimised end-user experience.

Crimson Sandbox was used successfully during the "2020 Global Games" held under the high patronage of the Chief of Defence (CHOD). Besides the screening of the Concept of Operations (CONOPS) and the execution of strategic scenarios, the solution has resulted in greater interactivity between players, despite their remote access in the difficult context of the COVID-19 pandemic.
SOLUTIONS
Crimson Sentinel
Crimson Tactic
Crimson Sandbox
Crimson Platform
USE CASES
Civil security
Defence
Industry
R&D
NEWS
Web
Social networks